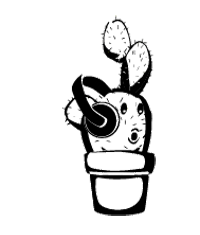 Below you will find a variety of greetings you can use in Spanish. Think about some of the people in your life. What greetings would you use to greet tus amigos (your friends), tus profesores, tu mamá o tu papá? Choose different greetings, and practice them next time you see these people.

Conocemos a la gente (We get to know people)

Nos presentamos (We introduce ourselves)

¿Qué onda? Yo soy el cactus viajero, and I am here to teach you interesting facts about the Spanish-speaking world. Before I start, in how many ways do you think we can say What’s up? in Spanish? Definitely more than one! Let me show you some ways young Spanish-speakers say What’s up? or What’s happening?

Google these expressions and find out where they’re used.

Now let’s actively use our new words and expressions.

Paso 1. Have a look at the following situations, and decide whether you would use a formal or informal register. Justify your answers. In some case, both registers would be appropriate. Explain why.

Paso 2. With a classmate, create short dialogues for each of the situations in Paso 1. Use Situations 1-3 and the information in Hablemos más as guidance (e.g., imagine that people are greeting each other and/or introducing themselves).

Paso 1. Look at the image below and, with a classmate, create two different dialogues: Introductions and greetings. Use Situations 1-3 and the information in Hablemos más as guidance.

Paso 2. What register did you choose for your conversation? Why? Is this the same way you greet your friends? What other expressions can you use in Spanish? Are your classmates’ dialogues similar to yours?

¡Conversemos! In this section, you will apply what you’ve learned to communicate with your peers.

Conversación 1. Imagine that you and your classmate meet on campus. Greet each other using the informal forms. Ask each other how you are doing. Conclude the conversation saying goodbye.

Conversación 2. You are meeting your instructor on the first day of class. Estudiante 1 (Student 1) will play the role of the student and Estudiante 2 (Student 2) will be the instructor. Greet each other using formal and/or informal forms, depending on your role. Make sure you:

Click on the following button to continue practicing your new vocabulary and structures.

Now it’s time to learn about ways in which we can talk about ourselves: