In these sections of Trayectos, we will learn more about people, artistic manifestations, stories, and places connected to this country’s Hispanic/Latinx heritage. In this module, our focus is on our studies (classes, places, activities, etc.). Therefore, we will start with some notable teachers…

After obtaining a Bachelor of Arts in English from the then Pan American University (now University of Texas Rio Grande Valley), Anzaldúa worked as a preschool and special education teacher. In 1977, she moved to California, where she supported herself through her writing, lectures, and occasional teaching stints about feminism, Chicano studies, and creative writing at San Francisco State University, the University of California, Santa Cruz, Florida Atlantic University, Florida Atlantic University, and other universities. She authored many fictional and poetic works.

Anzaldúa died on May 15, 2004, at her home in Santa Cruz, California, from complications due to diabetes. At the time of her death, she was working toward the completion of her dissertation to receive her doctorate in Literature from the University of California, Santa Cruz. It was awarded posthumously in 2005. Several institutions now offer awards in memory of Anzaldúa.

“Bridges are thresholds to other realities, archetypal, primal symbols of shifting consciousness. They are passageways, conduits, and connectors that connote transitioning, crossing borders, and changing perspectives. Bridges span liminal (threshold) spaces between worlds, spaces I call nepantla, a Nahuatl word meaning tierra entre medio. Transformations occur in this in-between space, an unstable, unpredictable, precarious, always-in-transition space lacking clear boundaries. Nepantla es tierra desconocida [unknown land], and living in this liminal zone means being in a constant state of displacement–an uncomfortable, even alarming feeling. Most of us dwell in nepantla so much of the time it’s become a sort of ‘home.’ Though this state links us to other ideas, people, and worlds, we feel threatened by these new connections and the change they engender.”[2]

Now you are going to take into account Anzaldúa’s concept of nepantla, and you will create your own. Your work can be completed in different ways. It can be:

If you want to know more about this concept, you can consult this Wikipedia entry: http://bit.ly/NepantlaConcept.

Paso 1. Explore the following examples from Anzaldúa herself and university students like you.

Paso 2. Develop your nepantla. Express any contradictory emotions you might be feeling or any transitions that are happening in your life. You can also use this project to give voice to your different social identities, focusing on those that place you in nepantla (e.g., bicultural/biracial/bilingual identities). Try to use as much Spanish as you can.

Paso 3. Get ready to present your work to your class. You can be as personal as you want. What do you and your classmates have in common? Do you share some of the feelings expressed by Anzaldúa and las nepantlas de los estudiantes?

Up until he was four years old, Dr. Jiménez lived in a town in the state of Jalisco, Mexico. His family then immigrated without documents to California to work as migrant farm workers. When he was six years old, he had already started working in the fields with his family. Growing up, his family would move with the seasons of crops, causing him to miss months of school every year.

When Dr. Jiménez was in eighth grade, his family was deported back to Mexico. A few months later, they returned and settled down in a migrant labor camp in Santa Maria, California, called Bonetti Ranch. His father could not work anymore because of severe back problems, so they would no longer move from place to place. Throughout high school, Dr. Jiménez and his older brother, Roberto, worked as janitors to support their family.

After high school, Dr. Jiménez went on to attend Santa Clara University, getting a B.A. in Spanish in 1966. He became a US citizen during his junior year at Santa Clara. Then, he went to Columbia University to get his Master’s and Ph.D. in Latin American Literature.

In 1997, Dr. Jiménez published his first autobiographical novel, The Circuit: Stories from the Life of a Migrant Child [http://bit.ly/JimenezCircuit] (Cajas de cartón in the Spanish version). This book documents his early life, from crossing the border as a child to attending elementary school and working in the fields. There are three sequels to this book, which continue documenting his life through its next few stages. Breaking Through (Senderos fronterizos) is about his time in high school, Reaching Out (Más allá de mí) is about his time attending Santa Clara University, and Taking Hold: From Migrant Childhood to Columbia University documents his years in graduate school.

Jiménez has also written some autobiographical picture books, including La mariposa (1998) and The Christmas Gift/El regalo de Navidad (2000). In La mariposa, Jiménez writes about the challenges of not speaking English during his year in first grade.

[3] Text adapted from the original: Francisco Jiménez. By Wikipedia, licensed under CC BY-SA 3.0.

Now watch this video (http://bit.ly/JimenezCircuitVideo) of Dr. Jiménez talking about his first book, The Circuit, and the play that was written based on it. 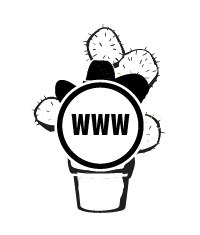 Now you will do some research on other important teachers that belong to the Hispanic/Latinx communities in the United States.

Paso 1. You and the classmates in your group will gather information on the following for each of the people in the list. You can distribute the research tasks among the members of the group.

Paso 2. Now, with the information you have gathered, create a conceptual map (http://bit.ly/ConceptMapWiki) that highlights the similarities among these educators.

In this section, you will listen to and view two children’s books on the childhood experiences of Dr. Francisco Jiménez and Dr. Tomás Rivera. What did Francisco and Tomás have in common? Bear this question in mind when you watch the videos.

Now fill out the following table and compare the two stories.

In this lesson, we learned how these Hispanic/Latinx teachers have used their words to highlight issues that affect migrant workers and their children, and people with bicultural/bilingual/diverse identities. If you want to learn more about these topics, we recommend you explore the following resources:

Now visit the artist’s website (https://www.santabarraza.com/). What topics does she focus on in her works? How is her art related to her identities? Write examples of elements that represent who she is. Do you identify with any of her works? Which one? Why?

Now it’s time to practice everything we have learned in Módulo 1: